the metaverse is more fun with frens 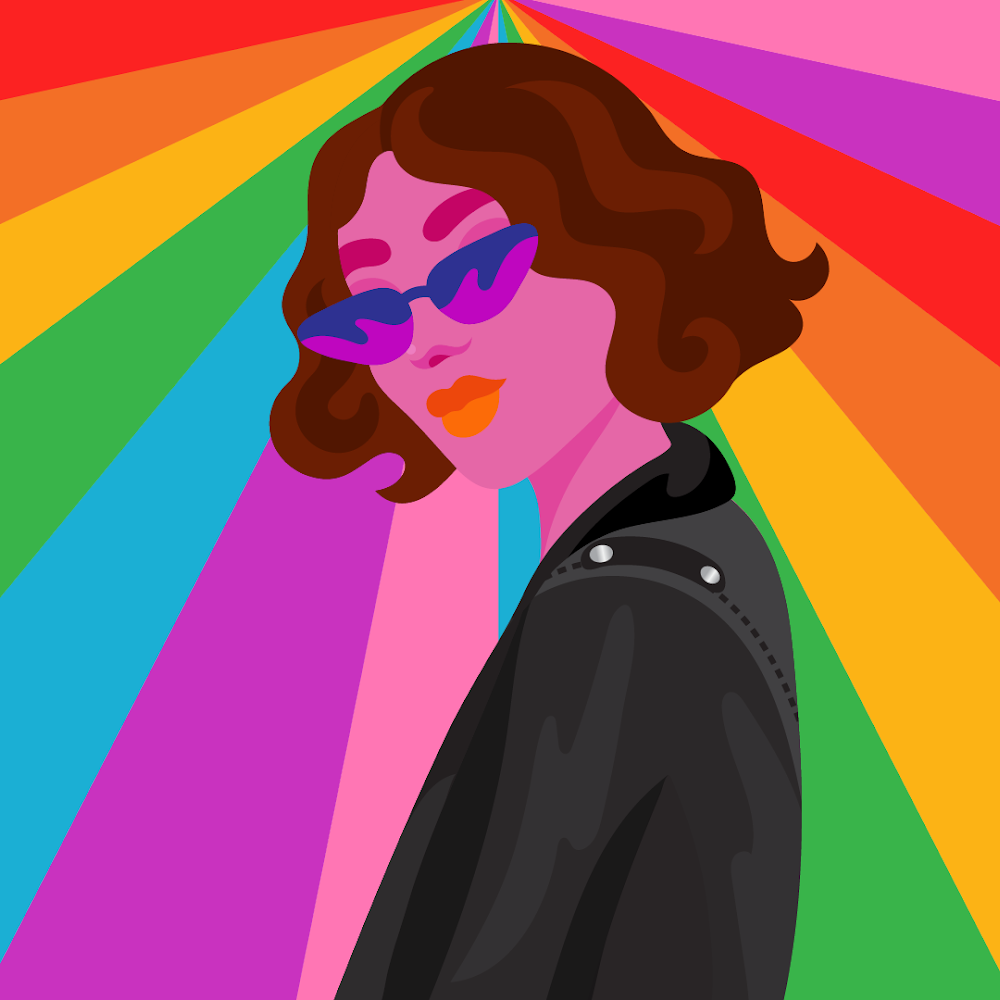 Lollapalooza + BFF = 4ever. We're excited to join the BFF community whose mission is to help women and non-binary people get educated, connected and empowered in web3. They’ve assembled an impressive founding leadership from Tyra Banks to Paris Hilton and more!

Inclusivity is a core value for both BFF and Lollapalooza, which really shines through in their PFPs, educational initiatives, and team.

Meet our BFF! Much like Lollapalooza she is bold and vibrant, a true kaleidoscope of colors and not afraid to show it. 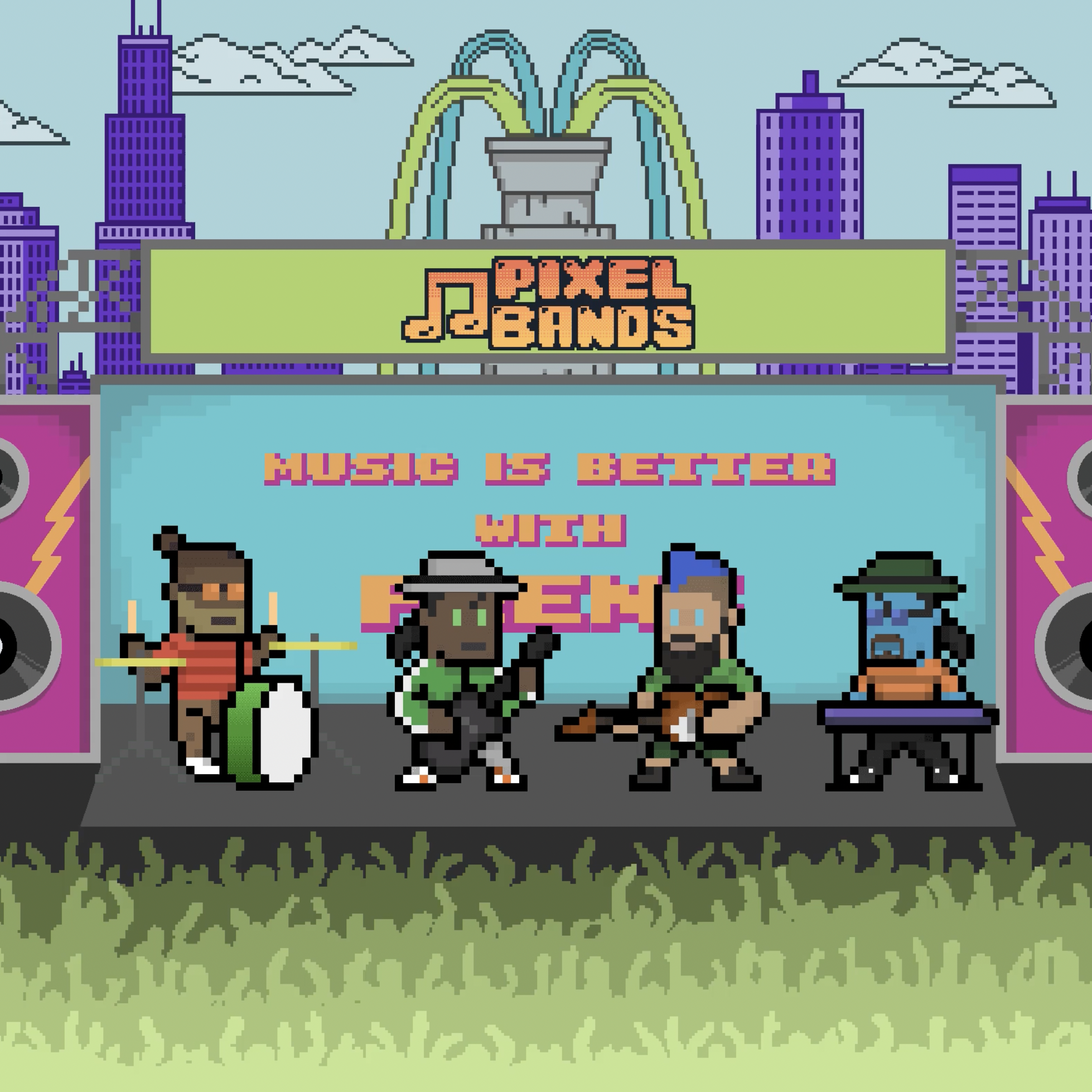 Lollapalooza is jamming out with PixelBands because we love their focus on music makers. Each NFT is a guitarist, drummer, piano player, or bassist - each with an original sound made by real musicians. The best part is with each sale, part of the royalties go right back to the musician who created the sound.

You can mix and match the musicians and once the band is together, you to mint them together to create a completely unique song. Meet our band rocking out in Grant Park under the Chicago skyline! 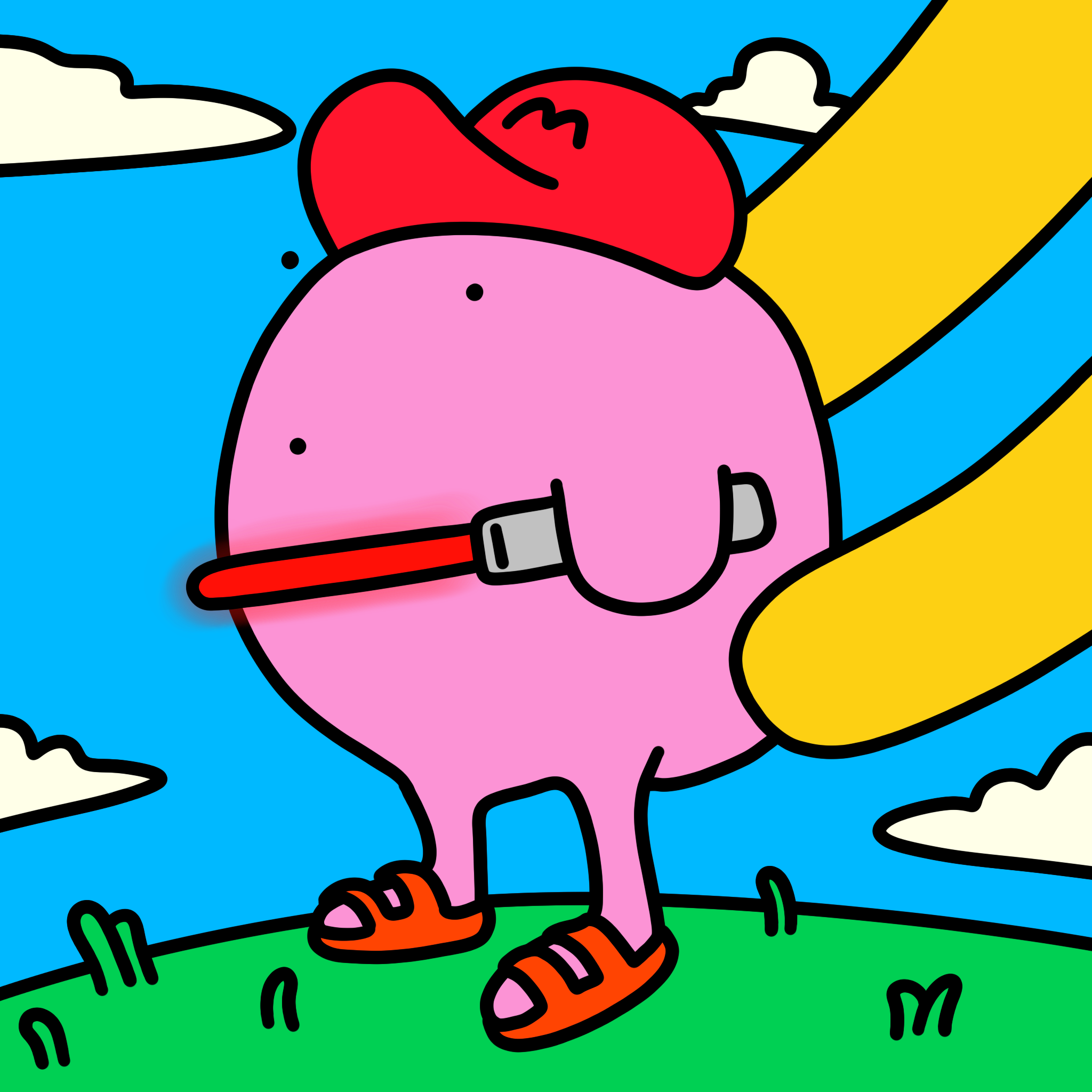 Lollapalooza is delighted to join the Mems community. Their mission of "promoting the creation of new memories" resonates with us, as we both believe music can play a key role in memories, old and new.

Meet our mem! As is tradition, when the gates of Lolla open each day, the Star Wars theme song blasts out over the speakers. So of course, our mem is ready and waiting with a lightsaber in hand! 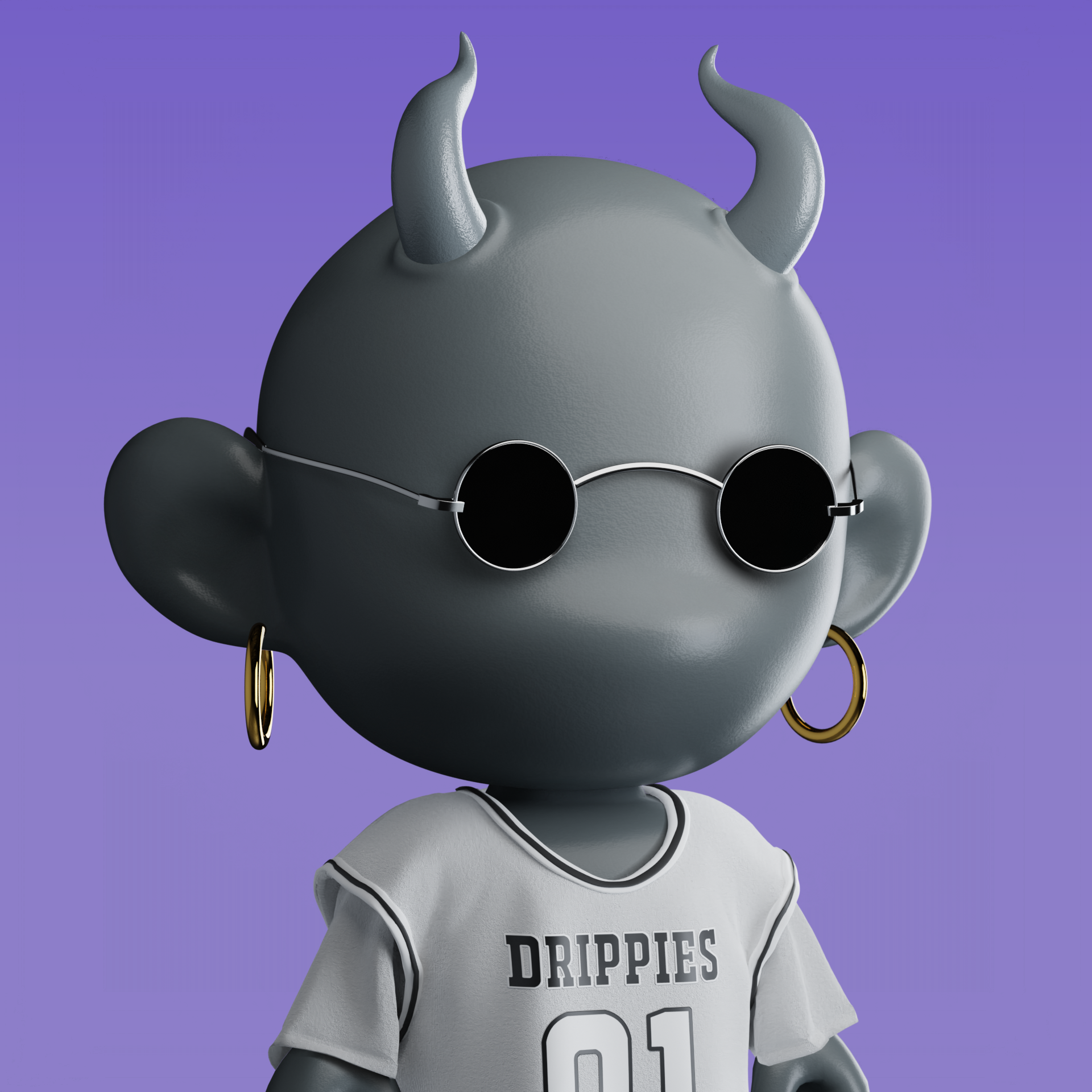 Lollapalooza is diving head first into SOL with Drippies! We love Drippies for their good vibes and wholesome artistic community, but most importantly they aim to educate people about NFTs and the arts through exclusive workshops.

Meet our Drippies! This lil guy’s jersey and horns are a nod to our hometown of Chicago. In a moment’s notice he’s ready to soak in the sun at Lolla or cheer on his favorite team, the Bulls.

We're celebrating 2022's lineup announcement and on-sale by inviting our community along to see the world through Breezy's eyes.

Tag @lollapalooza and we might have a few surprises for our favorites. 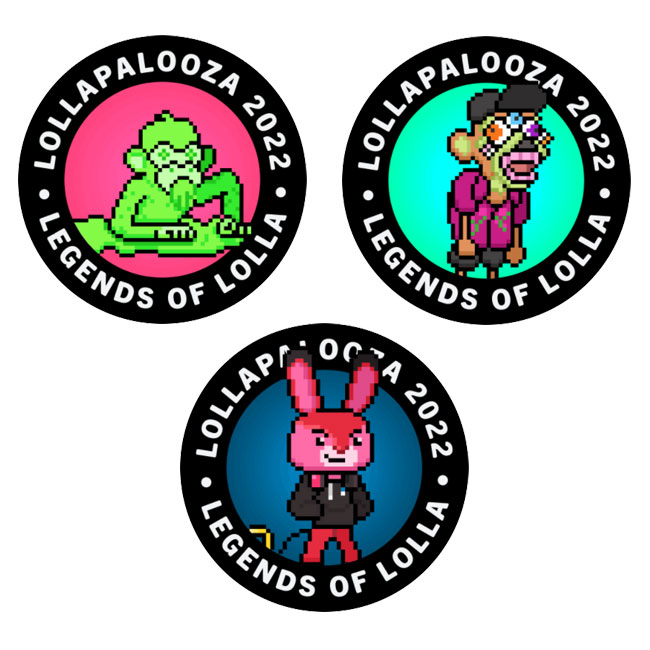 Lolla Frens released 3 special POAPs to celebrate the characters running through Chicago in the Legend of Lolla retro game.

POAPs (Proof of Attendance Protocol) are collectible digital tokens that commemorate participating in a shared moment.

These 3 POAPs were gifted to different NFT communities that we invited to join our journey. We also invited our Twitter followers join in on the fun using hints and games to discover the secret codes required to claim.

Explore your way through Grant Park as you jam to the AI-generated soundtrack based off our very own WVRP NFT, Gnar Heart.

Race through Chow Town and collect coins, battle monsters in Buckingham Fountain and crowd surf your way to the final stage to discover artists playing this year. 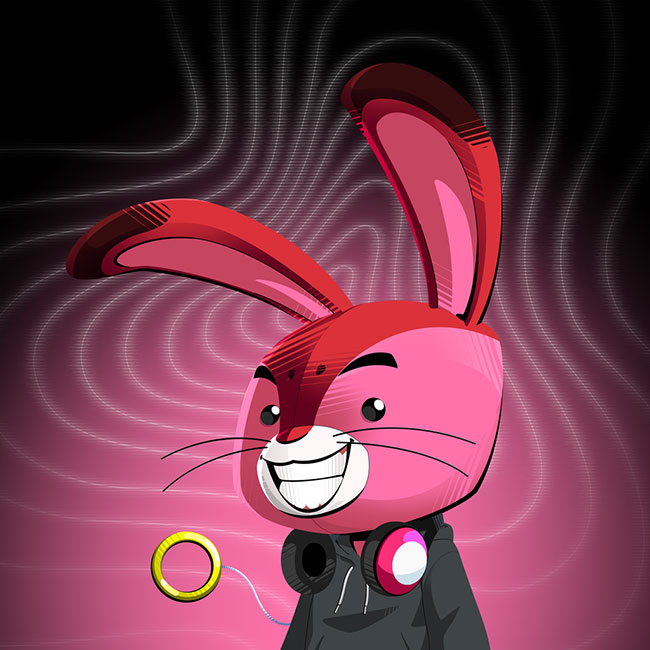 Lollapalooza and the WVRPS community are both built around a deep love of music. So it just makes sense that we should be frens!

Each WVRP begins with generative art based on one of their three metaverse creators: Nayomi, DJ Dragoon and Gnar Heart.

The traits of the art are then fed into WarpSound's AI-driven audio engine to produce a piece of original music that you own.

WarpSound has a big vision for innovative and social music experiences and we're excited to join them for the ride. 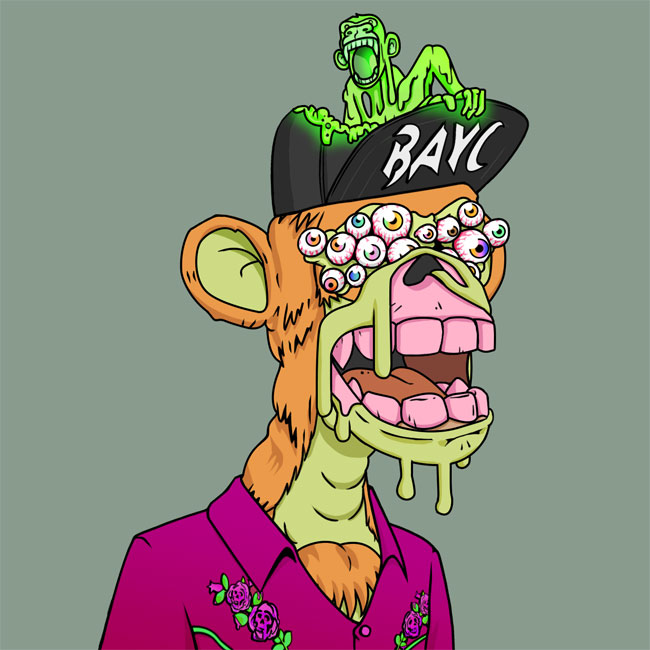 Lollapalooza is thrilled to ape in and join MAYC.

The Bored Ape Yacht Club has become a cultural leader in the NFT world in a remarkable amount of time. From BAYC DJs to the cover of Rolling Stone, BAYC has already made lasting waves in the world of music.

Breezy is Lollapalooza’s biggest fan. Every year is unforgettable. But the rest of the year Breezy is one bored ape. Slowly passing the time on their Lake Michigan yacht until that special week returns. The lineup is finally released and the excitement quickly turns to FOMO. How will Breezy possibly see every band? So Breezy invites Flip to meet at Buckingham Fountain to map out a festival plan. They notice the fountain is glowing bright green and spot an empty vial floating on top. There’s a warning label with fine print that reads: “May cure FOMO with unpredictable results. ”The two friends lean into the fountain and take a gulp. Breezy’s eyes twitch and two eyes mutate into three, then eight, ten, and finally fifteen eyeballs! Breezy can finally catch every moment on every stage at once. Flip feels funny too and can now see the bright colors of the metaverse. “Lolla is going to be legendary!” Breezy proclaims. Flip hops on Breezy’s hat and screams “I can’t wait!” Because as you know, Lollapalooza is better with frens.